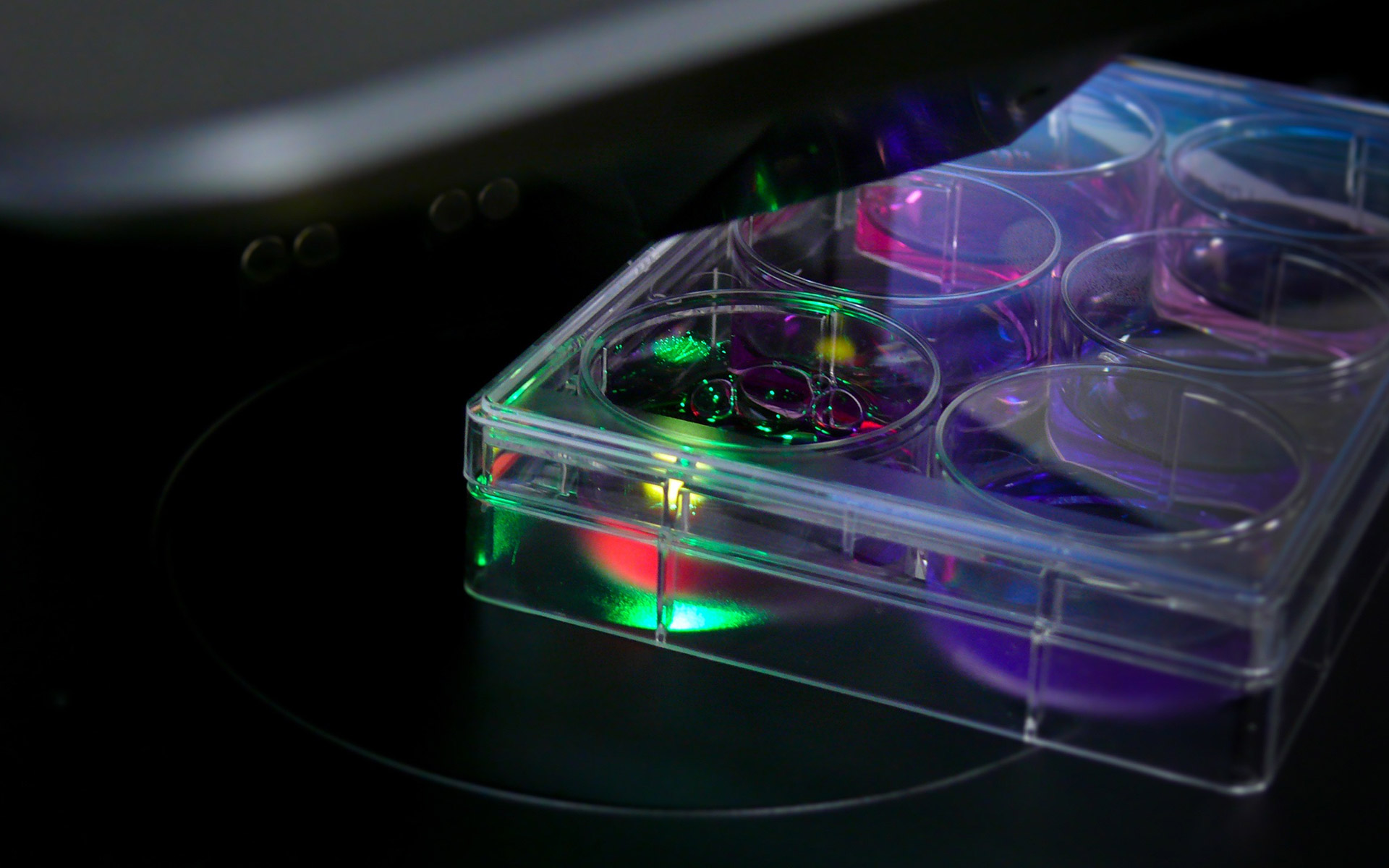 Toxys is developing the ReproTracker® assay, a state-of-the-art in vitro assay to visualize the key events during early embryonic development that allows us to reliably assess the potential developmental toxicity hazards of new drugs and products. This unique assay provides insight into the toxic mode-of-action.

Biomarker based assay for developmental biology

Toxys is developing the ReproTracker® assay, a state-of-the-art in vitro assay to detect potential developmental toxicity hazards of chemical substances. The assay visualises the key events during early embryonic development which will allow us to quantify the progression of differentiation. We have combined our expertise on biomarker discovery and stem cell differentiation to design our new assay. ReproTracker® is able to identify compounds that interfere with the normal embryonic development and will provide insight into the underlying mechanisms of toxicity.

Stem cells are widely accepted as an excellent platform for in vitro developmental toxicity hazard identification. ReproTracker® is a human stem cell-based assay, which uses a specific set of biomarkers to monitor the various stages of early embryonic development.

The selected biomarkers are chosen to represent specific phases of differentiation for both endoderm and mesoderm differentiation. When the pluripotent stem cells progress through the different stages of differentiation, the promoter of the selected marker genes will be activated. Should a compound interfere with the development, the biomarker will not be activated or activated at a different time. A considerable advantage to use this set of biomarkers, it is possible to see in one assay if a chemical can induce multiple teratogenic mechanisms. The response of the biomarkers to compounds will be quantified using qPCR. 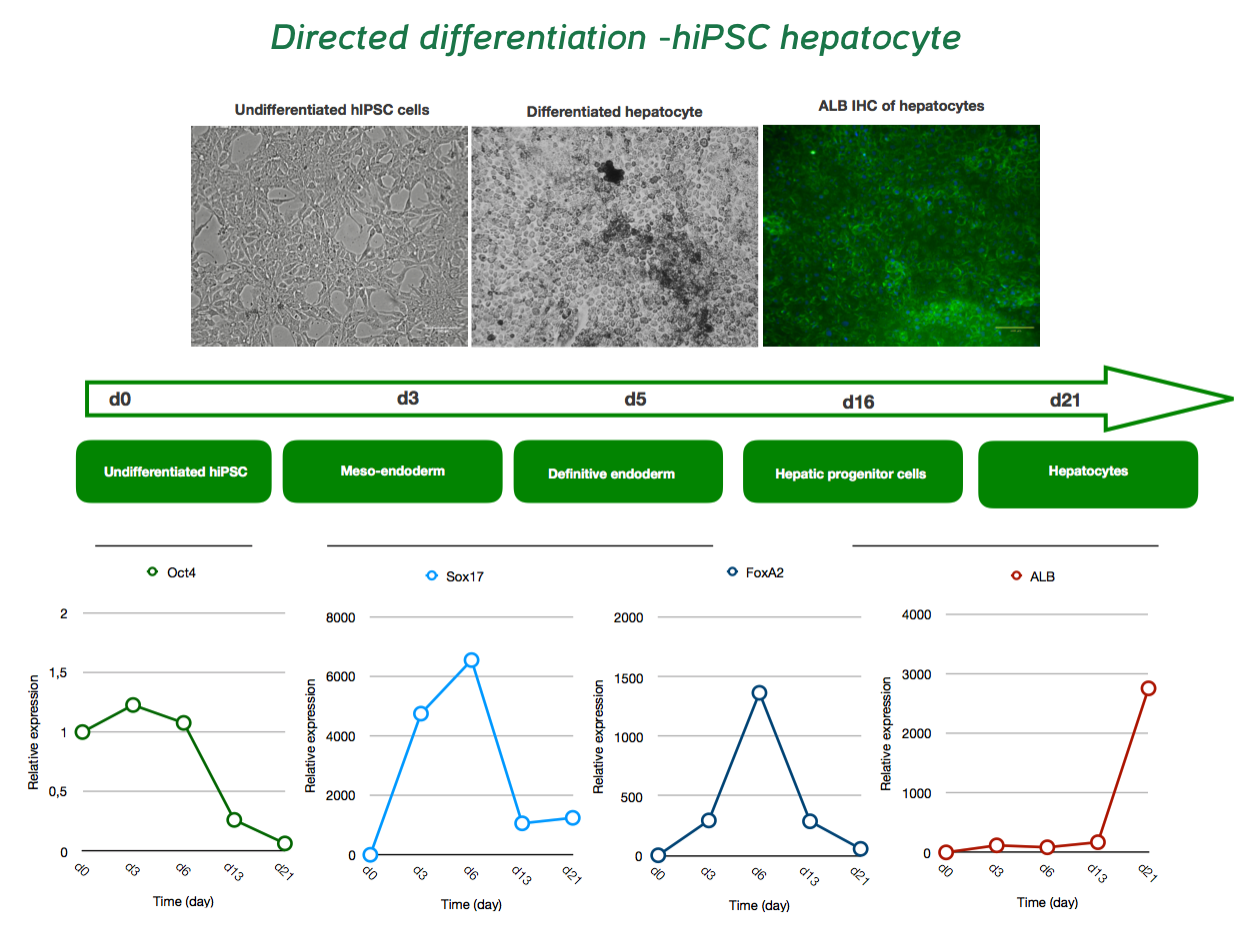 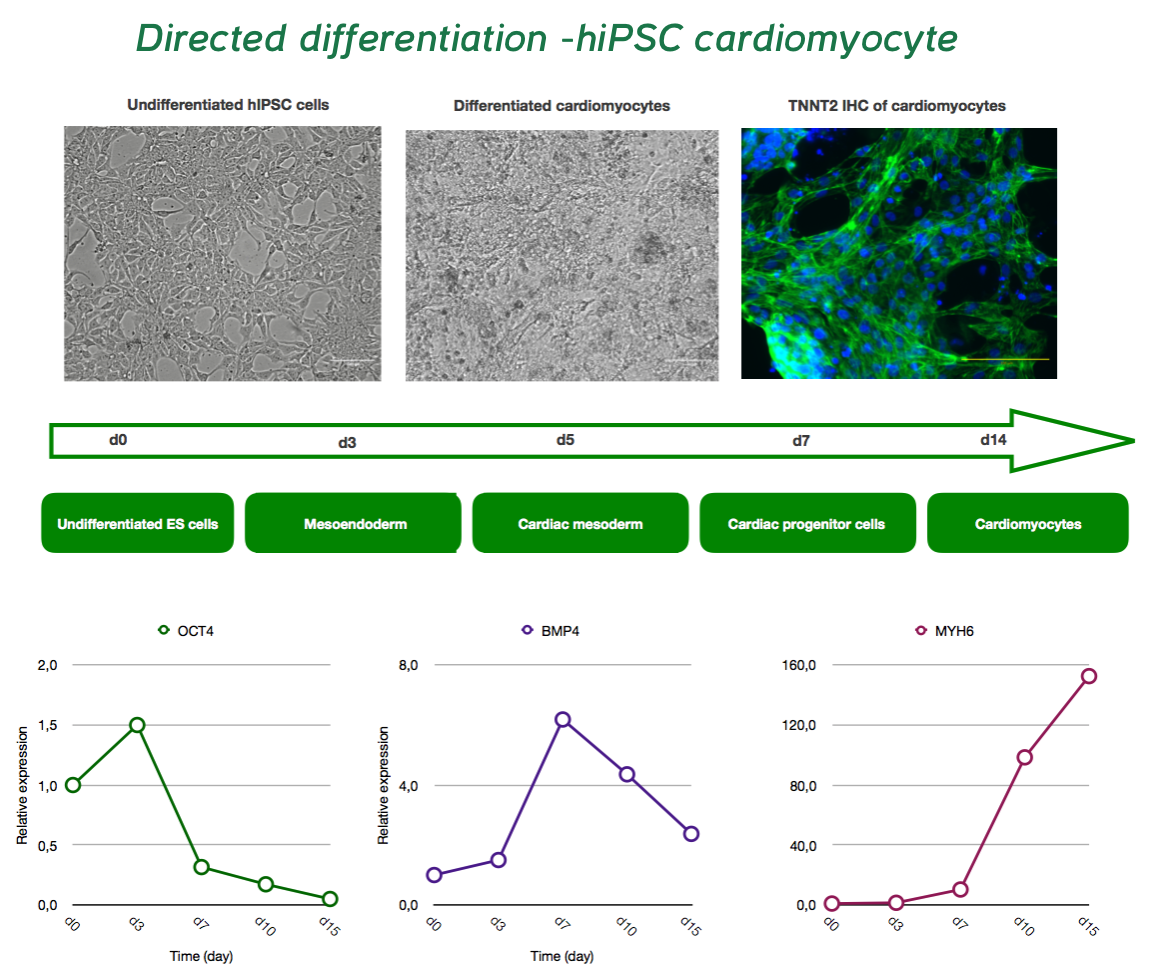 POU Class 5 Homeobox 1 (POU5F1, aka OCT4) plays a key role in embryonic development and stem cell pluripotency. POU5F1/OCT4 is activated in pluripotent stem cells and works together with Sox2 and Nanog to suppress genes for differentiation and activate genes for self-renewal (Boyer et al., 2005). In ReproTracker® we are using the POU5F1 marker to detect the beginning of the differentiation program and the loss of pluripotency.

SRY-box17 (SOX17) modulates the transcriptional regulation of Wnt signalling and inhibits the expression of pluripotency markers Sox2, Nanog and Oct4 (Niakan et al., 2010). Sox17 is highly expressed during early endoderm differentiation and required for formation of definitive endoderm that allows the formation of various organs, including the liver (Park et al. 2006). Sox 17 is one of the earliest biomarkers to detect early endodermal commitment.

FOXA2 hepatocyte nuclear factors are transcriptional activators for liver-specific genes such as albumin and transthyretinbinds (is there more than one FOXA2?). It binds to the Wnt6 promoter and together with Gata6, activates the Wnt/β-catenin pathway. This results in the formation of the extra-embryonic endoderm (Hwang & Kelly, 2012). Similarly to SOX17 reporters, FOXA2 used to detect differentiation towards the endodermal lineage.

Bone morphogenetic protein 4 (BMP4) is a member of the TGF-β family,  which plays an essential role in embryonic development not only by enhancing self-renewal but also in directing their differentiation into the mesodermal lineage. We use BMP4 to identify the epithelial-mesenchymal transition via SLUG and MSX2, which further enhances mesodermal commitment (Richter et al. 2013).

We are currently validating the assay using ECVAM reference compounds for Development And Reproductive Toxicants (DART).

The assay is currently under development, and therefore is not available for testing of novel compounds. Should you wish to stay updated on developments, or if you have reference compounds that you would like to test in the assays please contact us via the enquiries form below or by sending an email to info@toxys.com