Our Amazing Team Meet The Crew

We are very proud to work with this fantastic group of people. 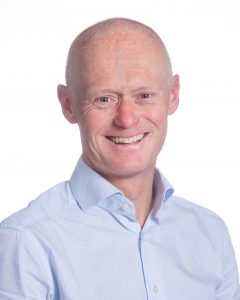 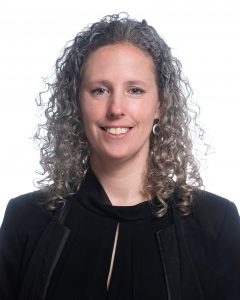 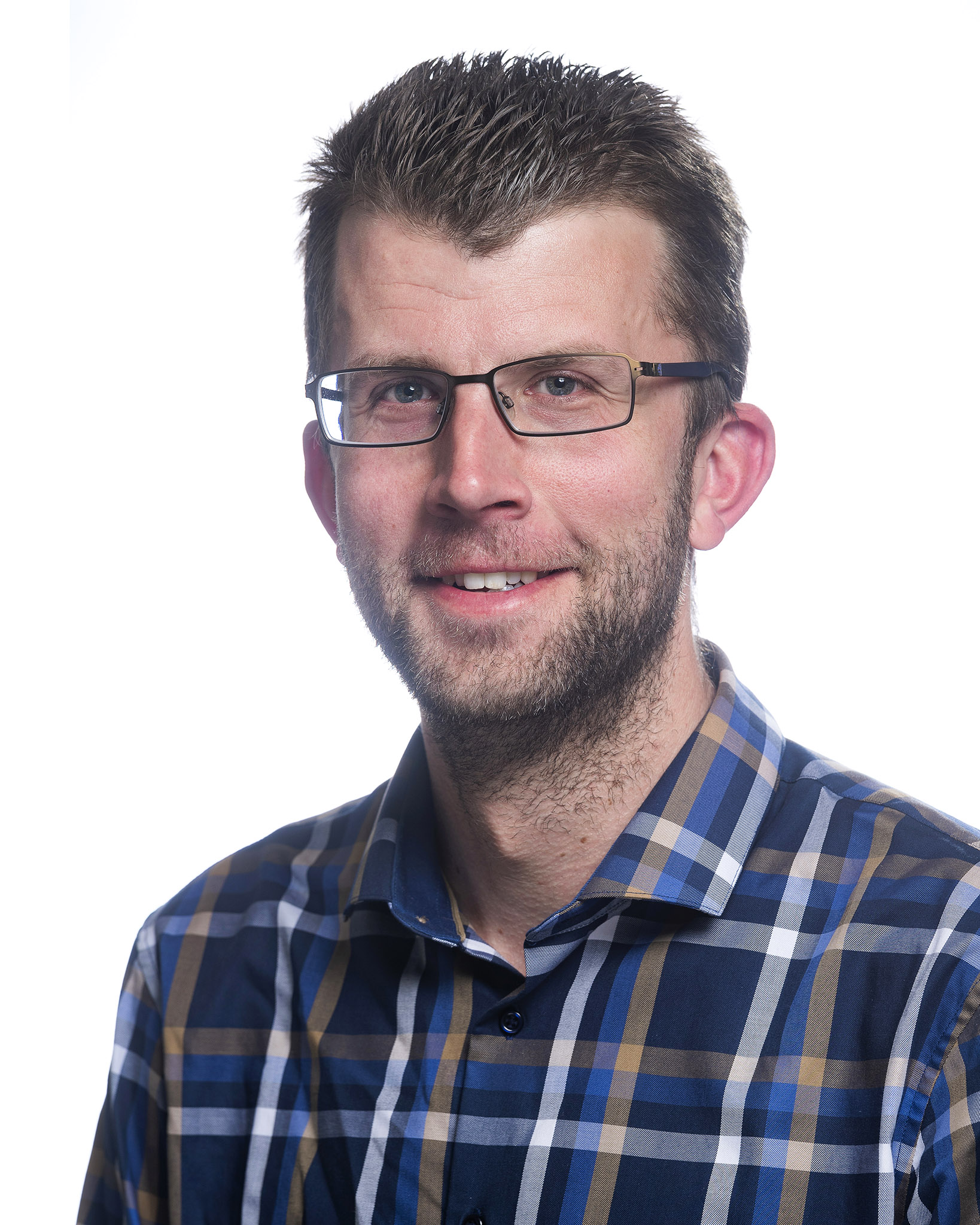 Giel Hendriks has a PhD in molecular biology from Utrecht University and worked for four years as a post-doctoral fellow in at Leiden University, studying the relationship between DNA damage and gene mutations. After this fundamental scientific projects he made a switch and worked for six years a senior scientist at the Leiden University Medical Center on the development of in vitro reporter systems to detect and understand the mechanisms of genotoxicity. During this period, he has been instrumental in the development of the ToxTracker assay.

In 2014, Giel obtained pre-seed financing from NGI to start Toxys and to bring the ToxTracker assay to the market. As the CEO of Toxys, he worked to develop the company into an internationally recognised contract research organisation (CRO) in genetic toxicology and chemical safety testing for the pharmaceutical, cosmetics and chemical industry.

After winning the HollandBio BioBusiness Masterclass in 2015, in the beginning of 2016 he secured Seed financing from InnovationQuarter and the Zeeland Investment Fund to establish a new Toxys laboratory, further grow the company and continue the development of innovative in vitro cell assays for mechanistic toxicity screening.

Paula van Rossum joined Toxys in 2016 and is the Chief Business Officer. Paula is a driven professional with a track record in BD & Sales. She was Chief Business Officer for OcellO, a spin-off company from Leiden University where she was involved in the business development and business management. Previously she was project manager Life Sciences at the Utrecht Science Park where she was involved in the promotion and acquisition and Liaison Officer for the LACDR (Leiden University). Paula studied biomedical sciences and graduated in both the Research and Business track.

Remco Derr joined Toxys in 2014 and is Chief Operating Officer. He studied biomedical sciences at the university of Ghent (Bachelor) and university of Leiden (Master). During his master he did a research internship at the department of Toxicogenetics in the Leiden University where he studied DNA damage mechanisms. He joined Toxys in 2014 and has been on board since the beginning. Within toxys he oversees the performance of the fee-for-service screening and helps to develop novel applications of the ToxTracker assay.

Torben Osterlund obtained his PhD from Lund University in 1998, where he studied the structure-function relationship of hormone-sensitive lipase and regulation of lipolysis. Torben has worked with cell- and molecular biology throughout his career in basic research, at CROs and drug discovery companies, mostly with cellular signalling, cell-based assays and their applications. Torben joined Toxys in 2021, bringing new perspectives and a strong array of experiences to develop the company. 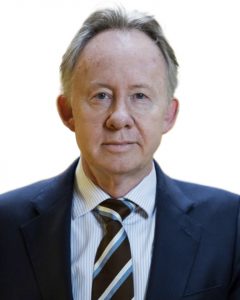 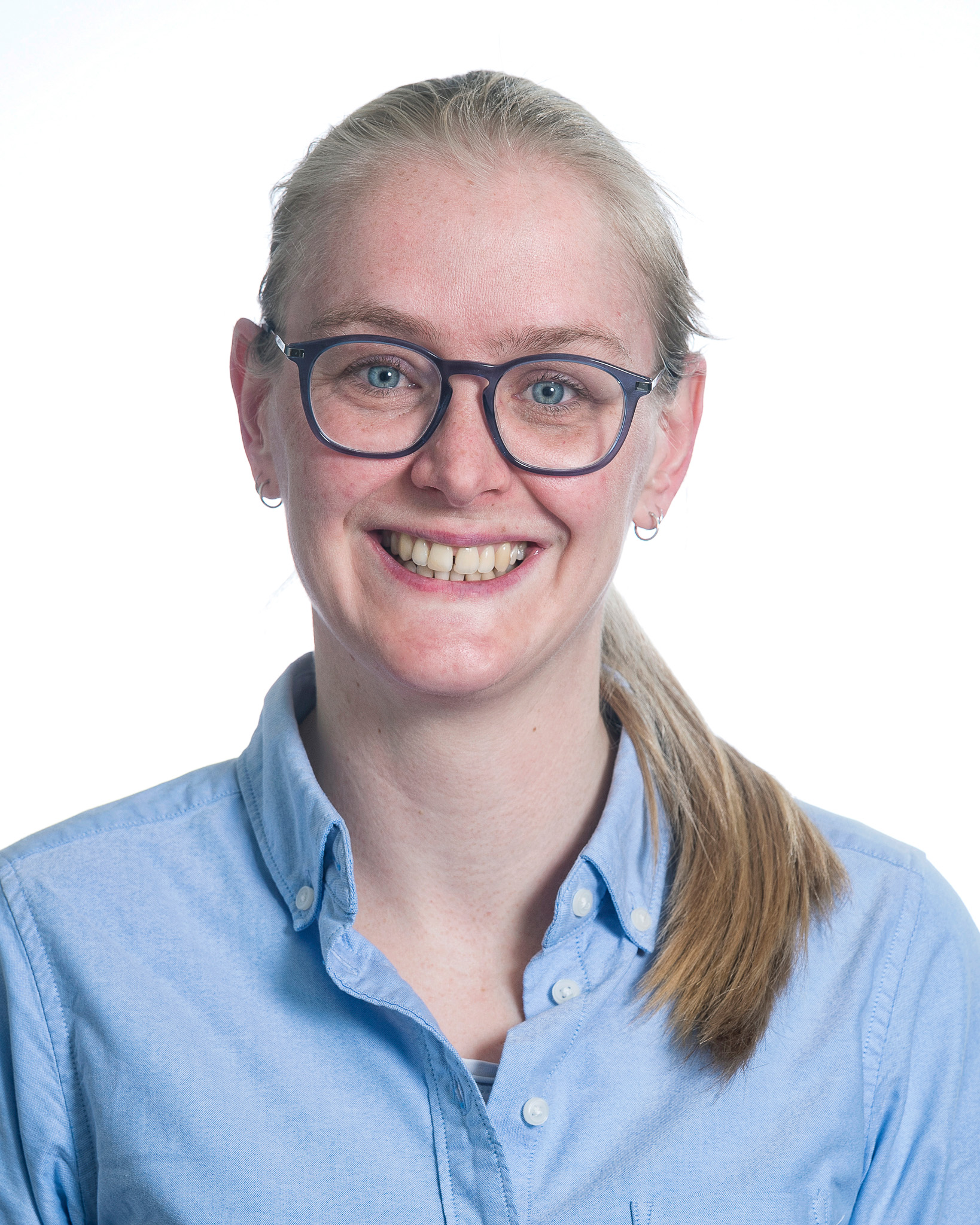 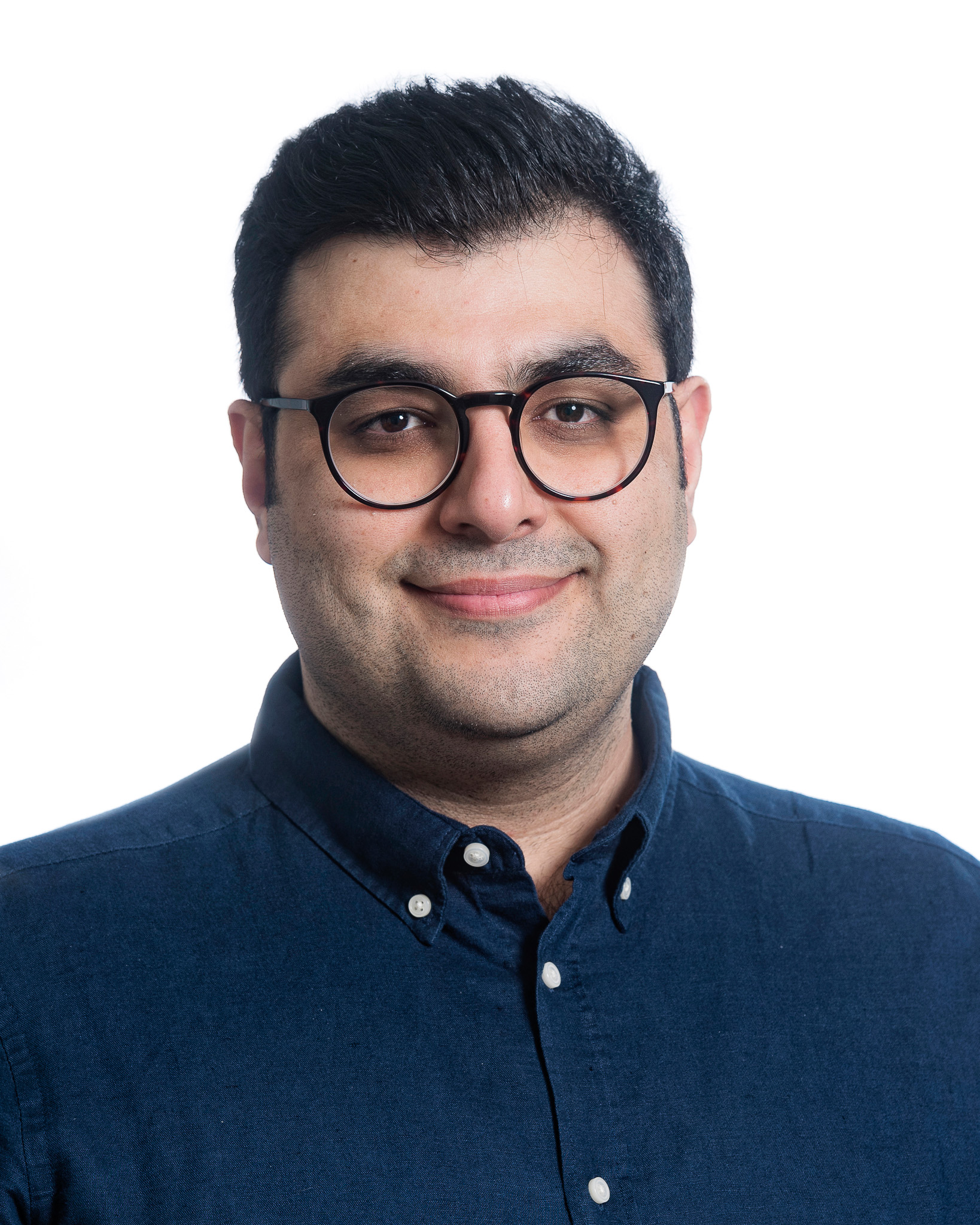 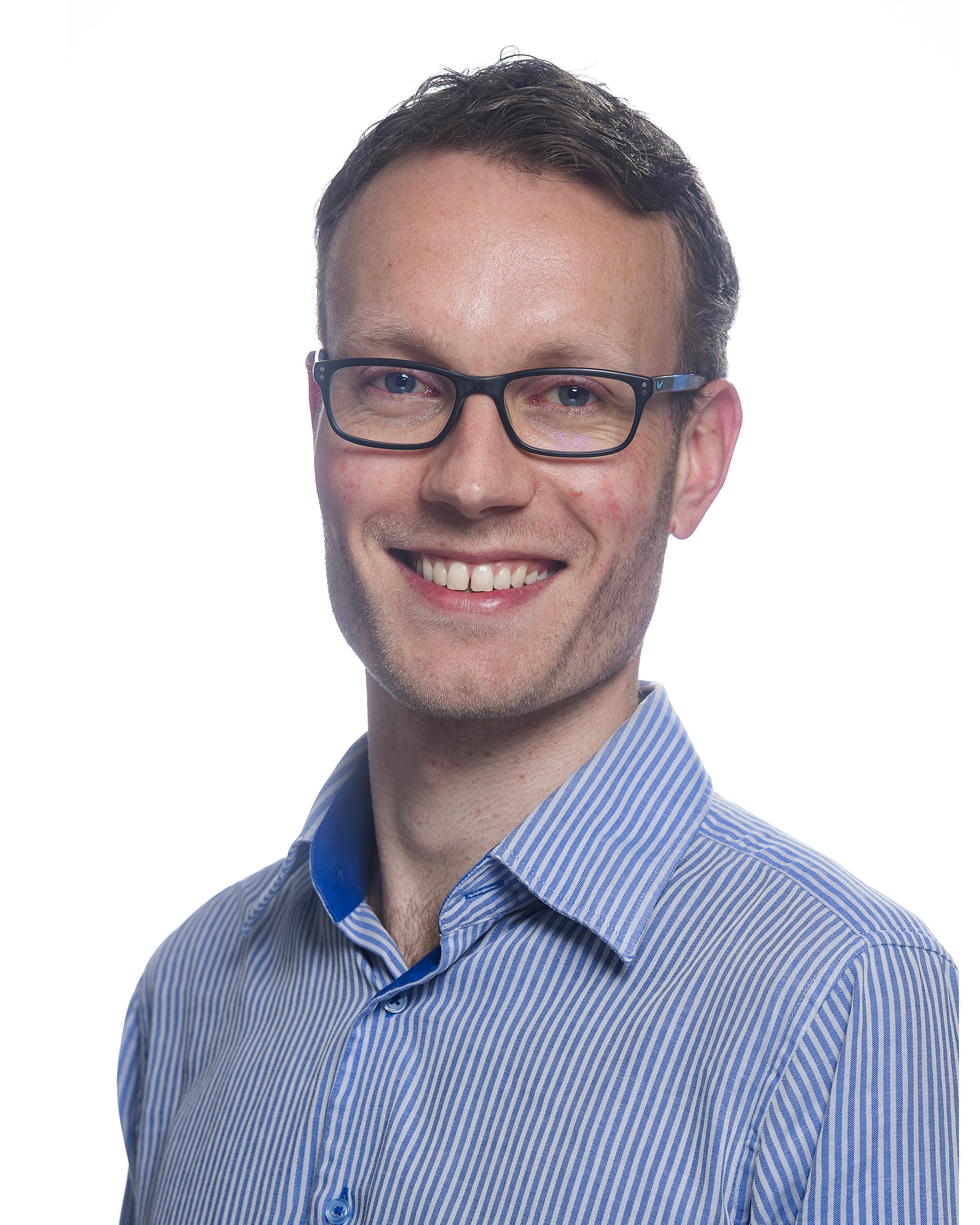 Having more than 25 years of experience in financial management from large enterprises to venture funds and small technology companies, Marlon acts as part time CFO for Toxys. From 1999 to 2004 Marlon was CFO for Life Science Partners assisting in the establishment of Funds I and II. During 2005 Marlon established Finmar B.V. a boutique financial advisory and management service for SMEs in the health and medical sectors. Marlon provides financial planning, tax and strategic support for SMEs in the early phases. Having experience of sitting on both sides of the risk capital table Marlon provides critical support in raising capital investments and  delivering timely and high quality information to both management and shareholders. Marlon holds a degree in Business Economy from the Erasmus University.

Inger Brandsma obtained her PhD from the Erasmus Medical Centre in Rotterdam, where she studied the role of changes in DNA double strand break repair in cancer cells relating to resistance to PARP inhibitors. After completing her PhD, she worked as a postdoc at the Institute of Cancer Research in London for two years, continuing her work on mechanisms of PARP inhibitor resistance. In 2018, Inger joined Toxys as a senior scientist, utilising her expertise in DNA damage responses, genome stability and cancer to develop novel mechanistic toxicity assays.

Amer Jamalpoor obtained his Master’s degree in Biomedical Sciences (Human Toxicology specialisation) from Radboud University in Nijmegen. During his study, he evaluated clinically relevant drug-drug interactions and drug toxicity in human cells and animal models. During his Ph.D. at Utrecht University, he developed and modelled human kidney proximal tubule cells and kidney organoids by combining CRISPR-Cas9 and omics technologies to identify and test toxicity profiles of potential therapeutic agents for monogenic kidney disorders. In November 2020, Amer joined Toxys as a lead scientist, utilising his expertise to further develop and commercialise ReproTracker and additional in vitro assays for developmental toxicology.

Bas holds a Master’s degree in Biotechnology from the Wageningen University. After completing his PhD at the Leiden Academic Centre for Drug Research (LACDR), he was a postdoctoral researcher at Leiden University. Together with a small team of PhD students, he generated CRISPR/Cas9 mediated fluorophore knock-ins in human induced pluripotent stem cells to study compound-induced stress signalling processes in differentiated reporter cell lineages. He also co-developed the HepG2 BAC-GFP reporter platform. Bas joined Toxys in 2020 as a senior scientist to commercialize the HepG2 BAC-GFP reporter platform. 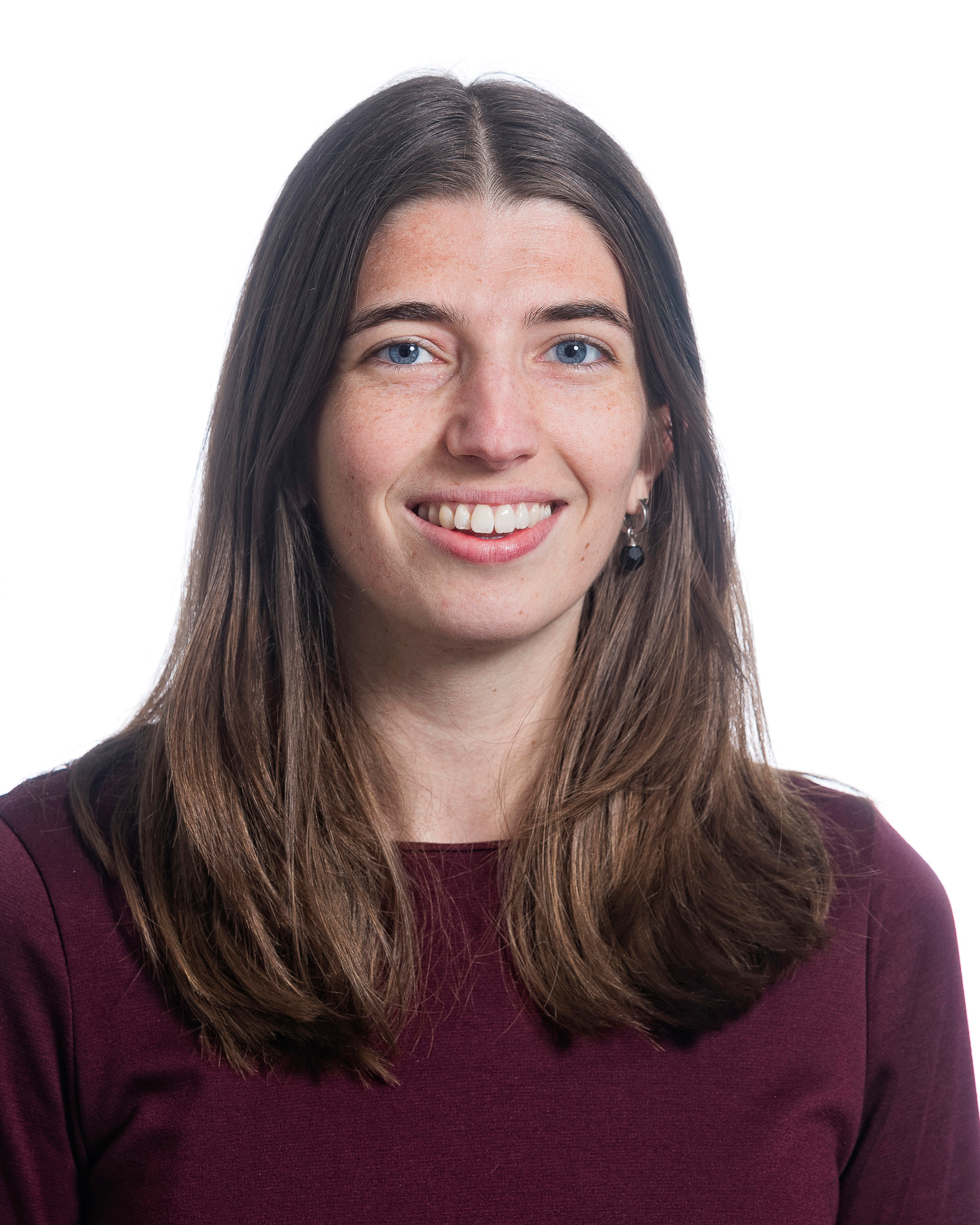 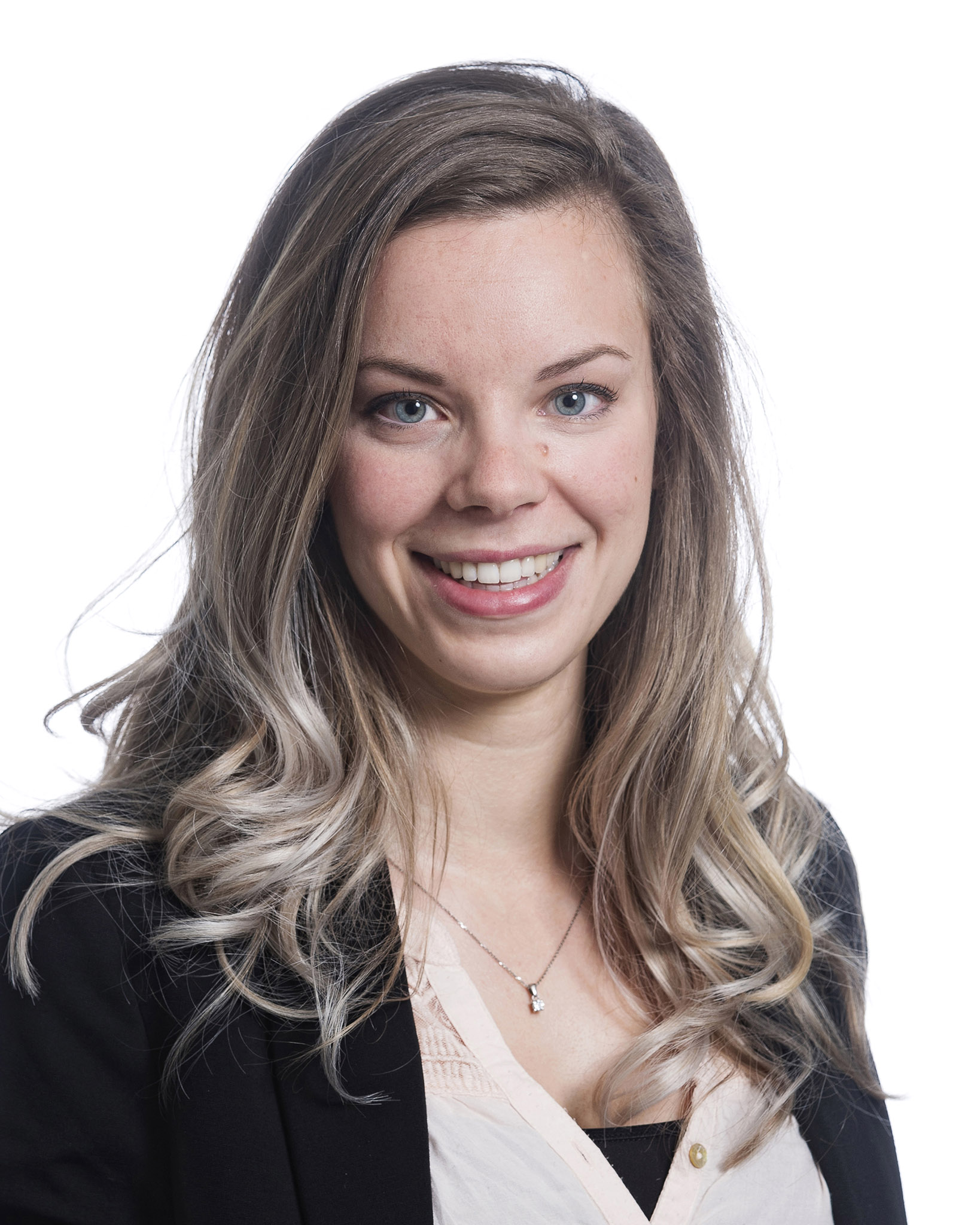 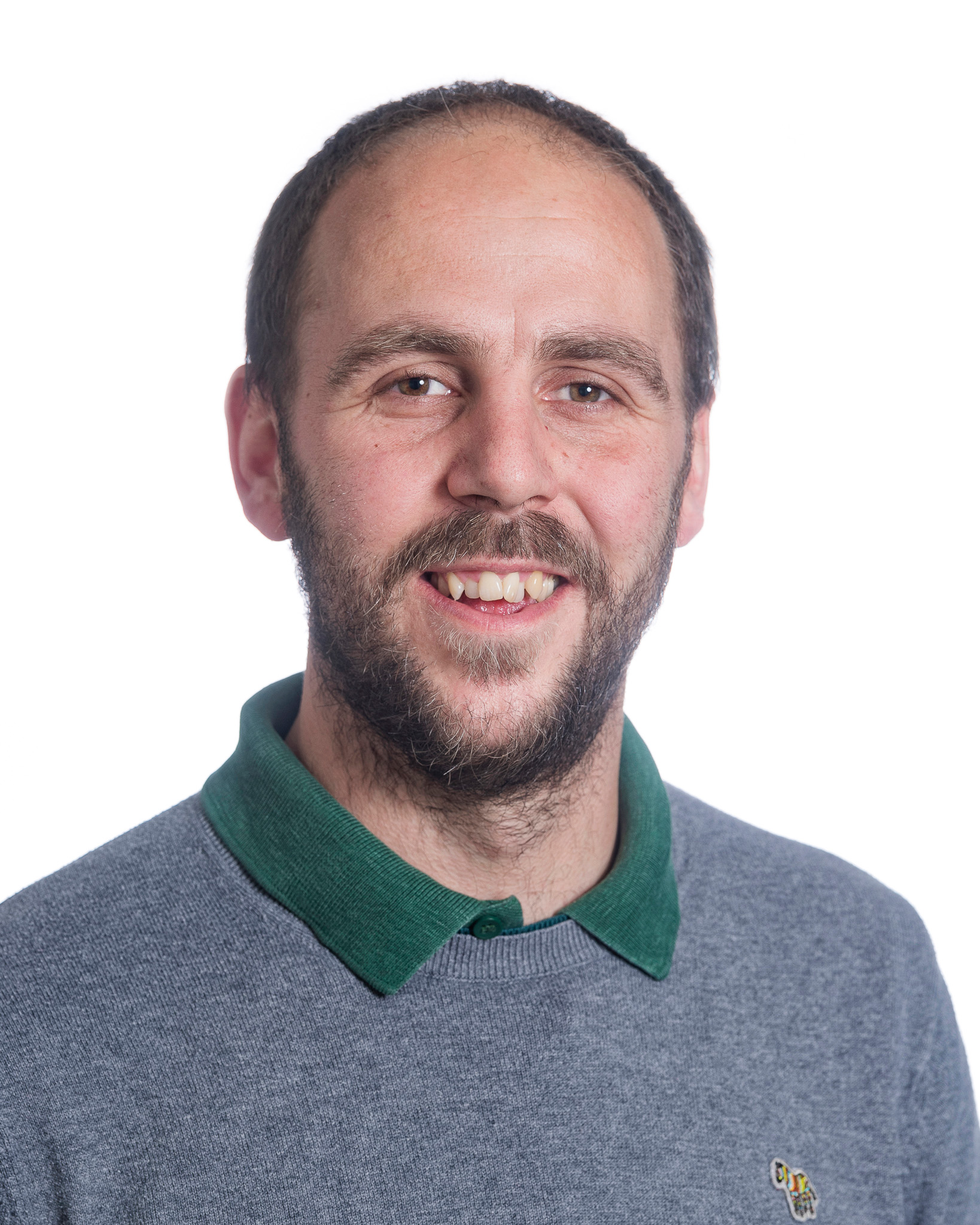 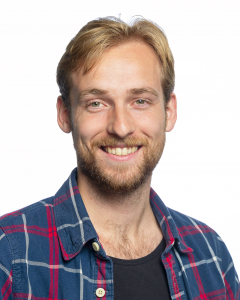 Marit obtained her Bachelor’s and Master’s degree in Biomedical Sciences from the Leiden University. She did her PhD at the Erasmus Medical Center in Rotterdam where she focussed on DNA damage and the transcription stress response. Marit joined Toxys in 2020, where she will use her expertise to further develop novel toxicity assays.

Sabine obtained a Bachelor’s and Master’s degree in Biomedical Sciences from Leiden University. She performed her final internship at the department of Metabolic Health Research at TNO in Leiden, working on the development of an in vitro model for liver fibrosis. After graduating, Sabine joined Toxys in 2018, where she will apply her knowledge on cell culture to the ToxTracker and ReproTracker assays.

Luke Flatt obtained his Batchelor’s in Biomedical Science (De Montfort University) before continuing his studies at the University of Nottingham, where he completed his Master’s (Stem Cell Technology) and PhD studies. Luke’s PhD and postdoctoral research focused on establishing defined differentiation protocols of human embryonic and induced pluripotent stem cells, utilizing bespoke automated platforms and high content imaging. He then transitioned from academia to apply his understanding of stem cell behaviors in the drug discovery industry, working at two international CROs. Luke joined Toxys in 2021 as a postdoctoral researcher, where he will apply his experience in stem cell differentiation to further expand the ReproTracker assay offering.

Tom holds a Bachelor’s degree from the Leiden University of Applied Science in Biology and biomedical sciences. After his graduation, Tom held the position of Research Technician at the Leiden University Medical Center, department of anatomy and embryology. In his role as research technician he worked on stem cell differentiation. Tom joined Toxys in 2017 where he will apply his experience in stem cell research to the development of ReproTracker. 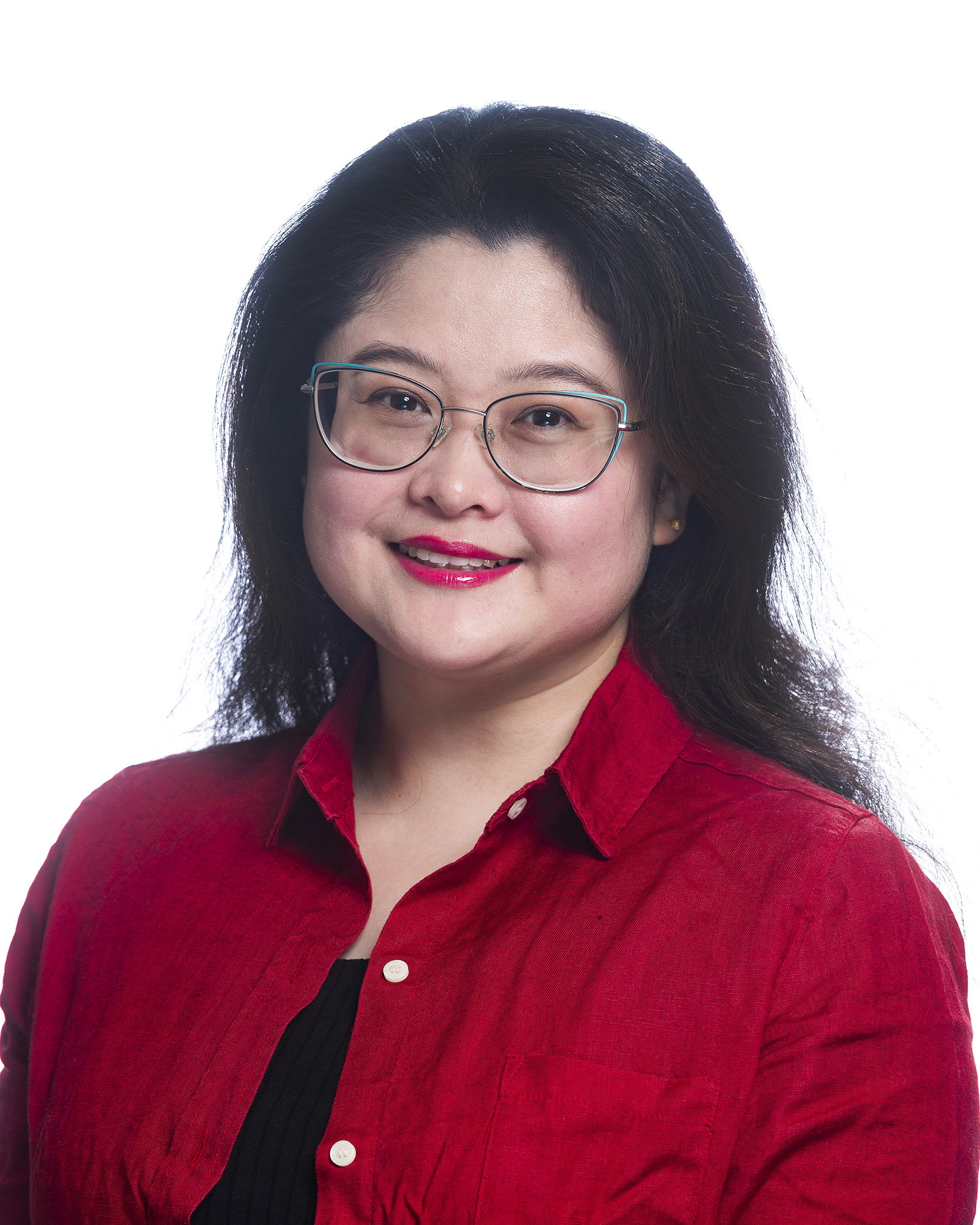 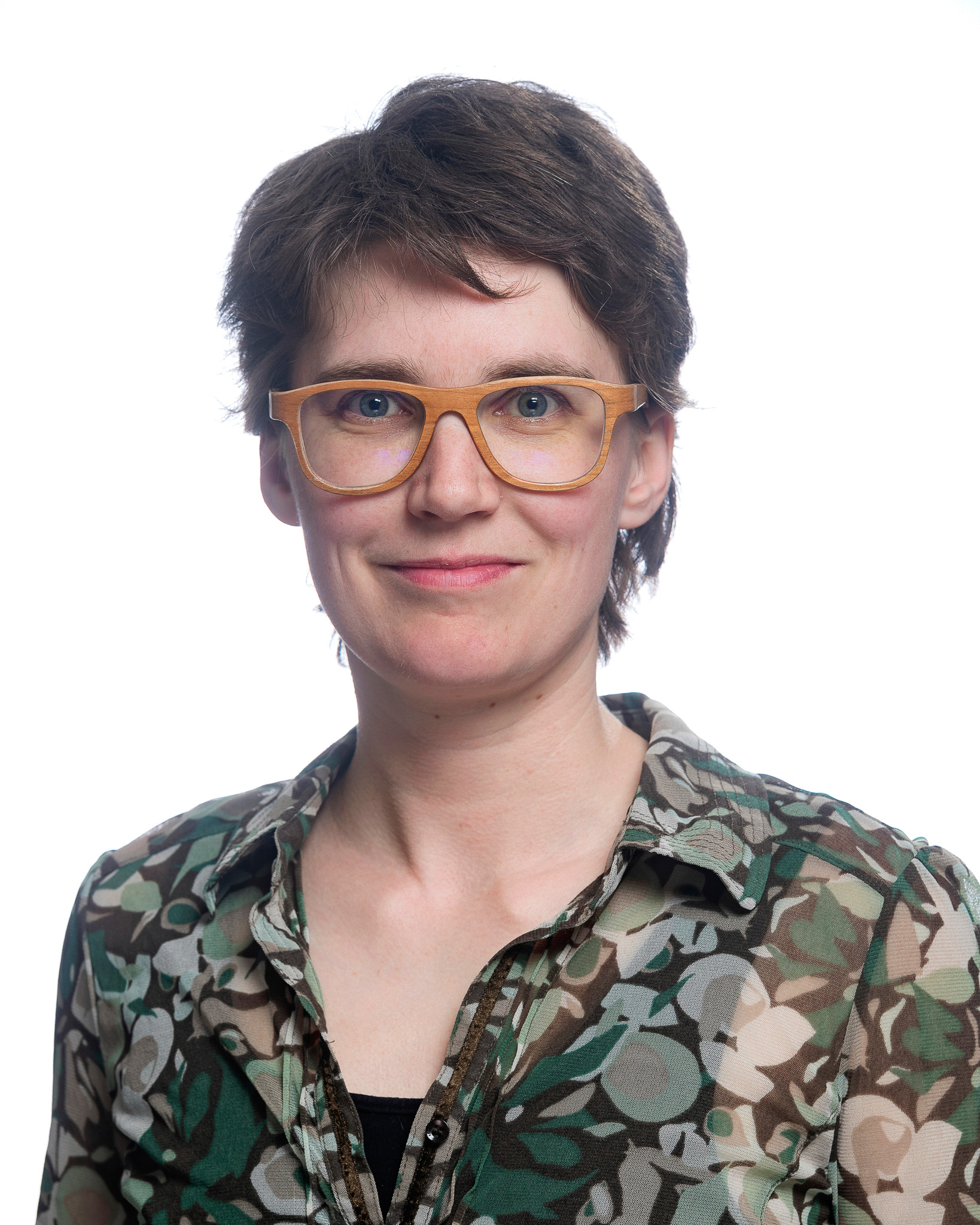 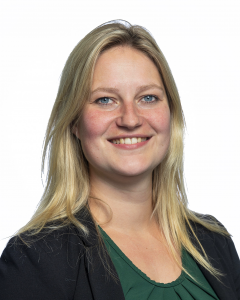 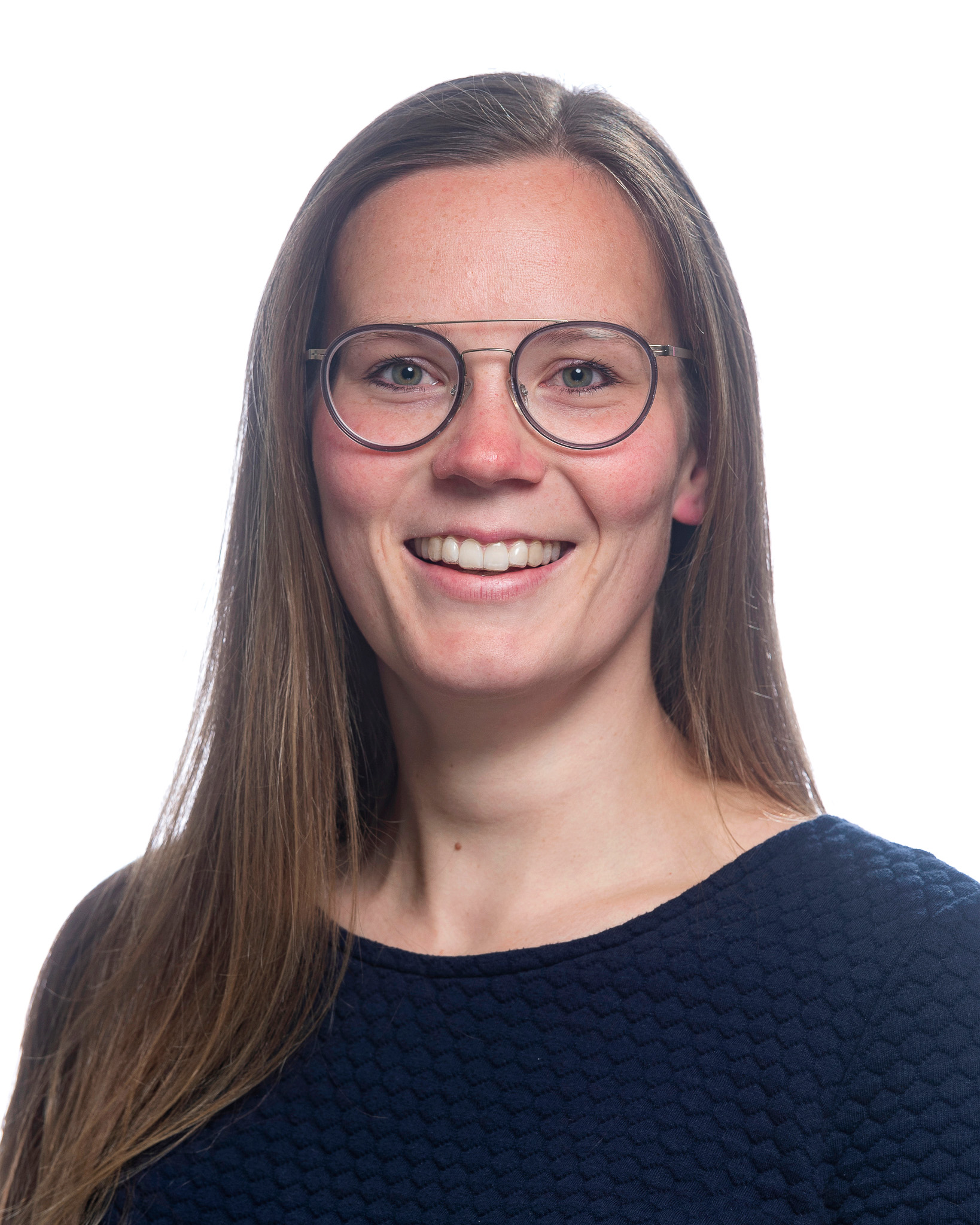 Gaonan obtained her first BSc in Agriculture from Shenyang Agriculture University and her second BSc in Life Science from HAN University of Applied Sciences. She performed her internships at the departments of Dermatology and Human Genetics at Radboud UMC in Nijmegen. Before joining Toxys in 2020, Gaonan worked as a DNA sequencing technician. At Toxys, Gaonan is performing ReproTracker, ToxTracker and other mechanistic toxicity assays for our sponsors.

Nynke holds a Bachelor’s degree from the Amsterdam University College and a Master’s in Applied Biotechnology from the University of Uppsala. Before joining Toxys in 2017, Nynke worked as a Marie Sklodowska-Curie fellow at the University of Zurich where she studied the impact of exercise on red blood cell properties. At Toxys, Nynke is performing ToxTracker and other mechanistic toxicity assays for our sponsors.

Liesanne obtained her Master’s degree in Bio Pharmaceutical sciences from Leiden University. After obtaining her master’s degree, she worked as a technician at Leiden University, where she performed project based research using the HepG2 BAC-GFP reporter technology. Liesanne joined Toxys in 2020 as a technician to support the commercialisation of HepG2 BAC-GFP reporter technology within Toxys.

Marleen obtained her Bachelor’s degree from the Leiden University of Applied Science in Biology and Medical Laboratory Research. Before joining Toxys, she worked at Leiden University as a technician, where she performed research on development of in vitro models for mammalian embryogenesis. Marleen joined Toxys in 2021 and she will be applying her knowledge on stem cells and cell culture to the ReproTracker assays. 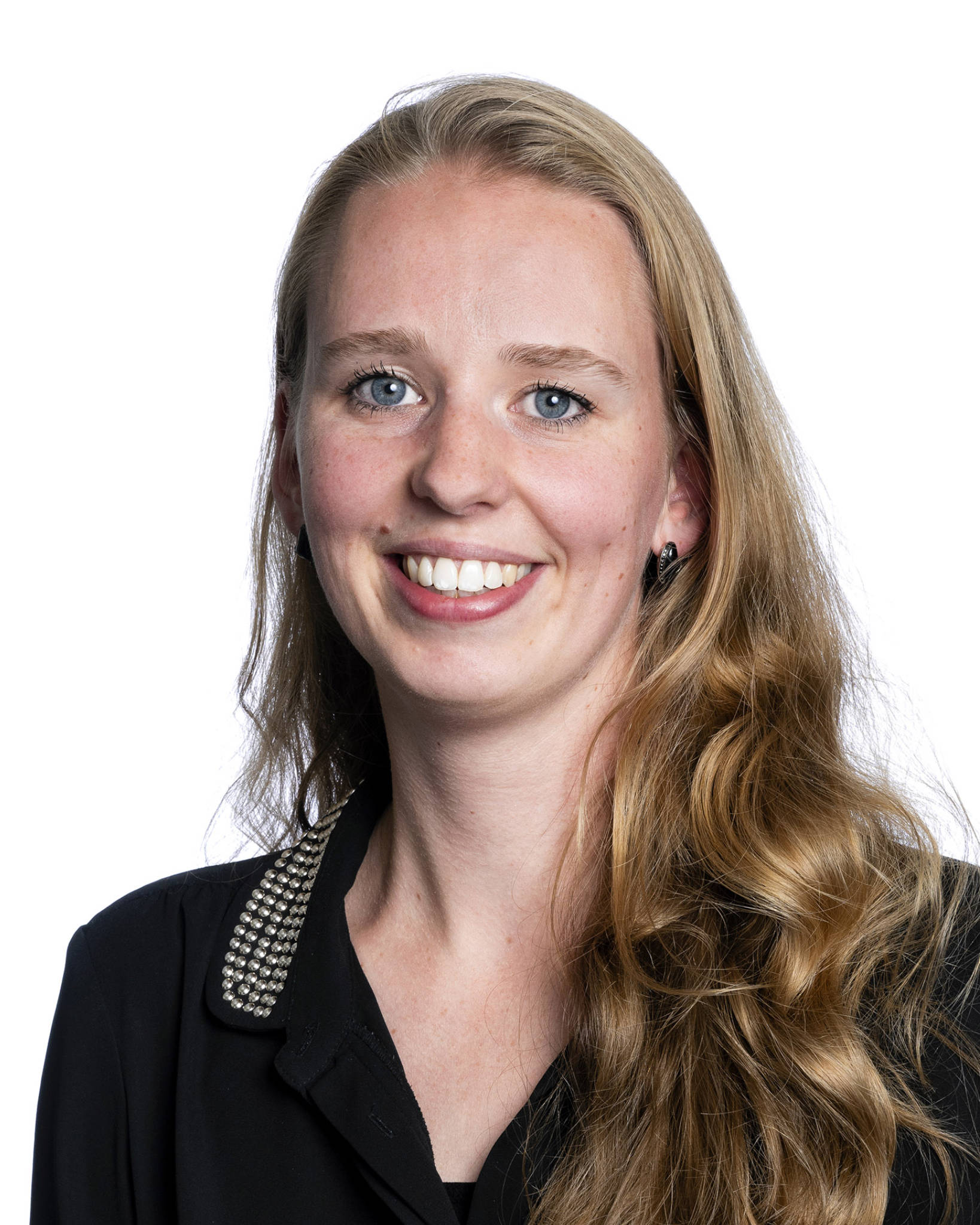 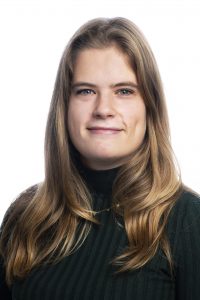 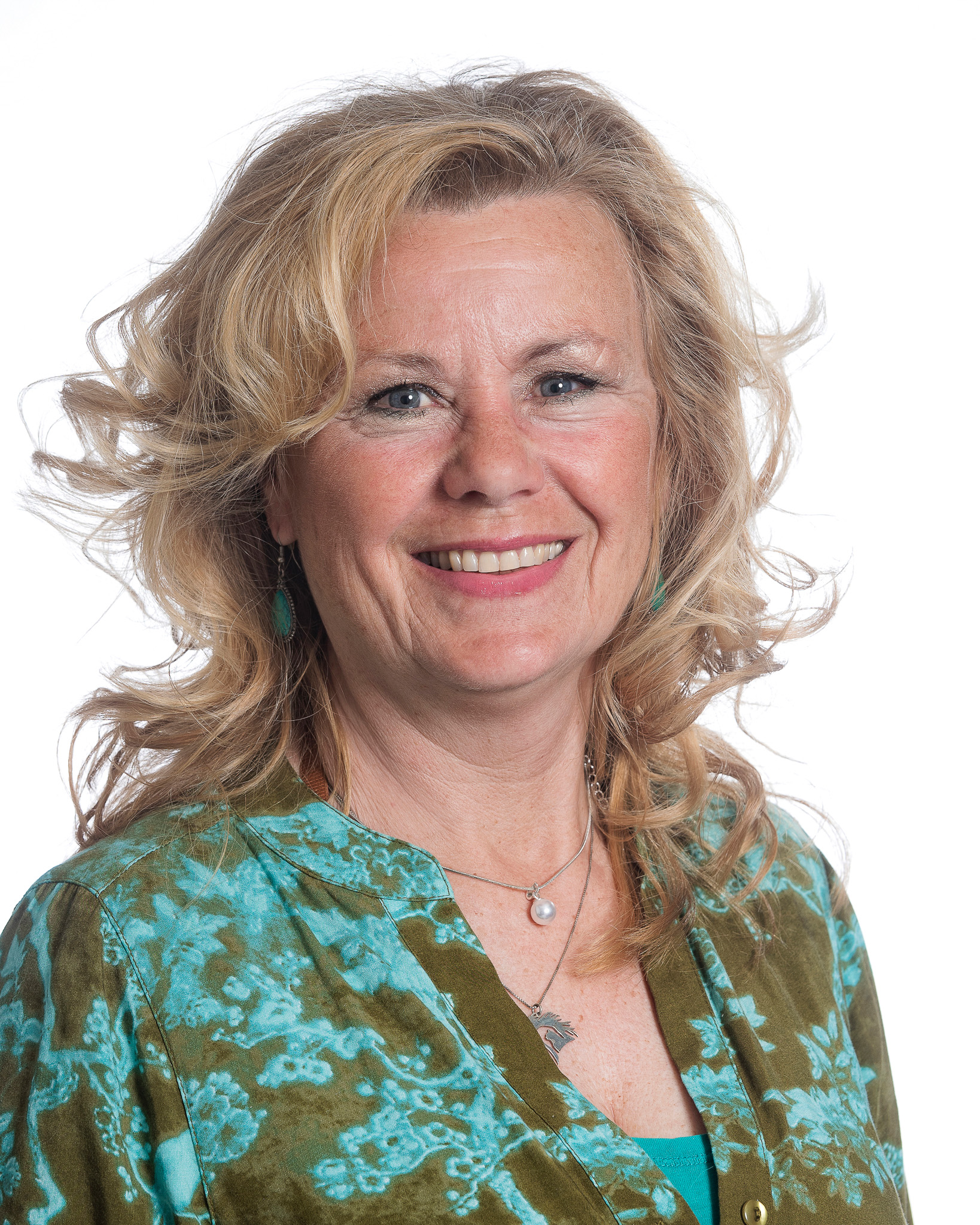 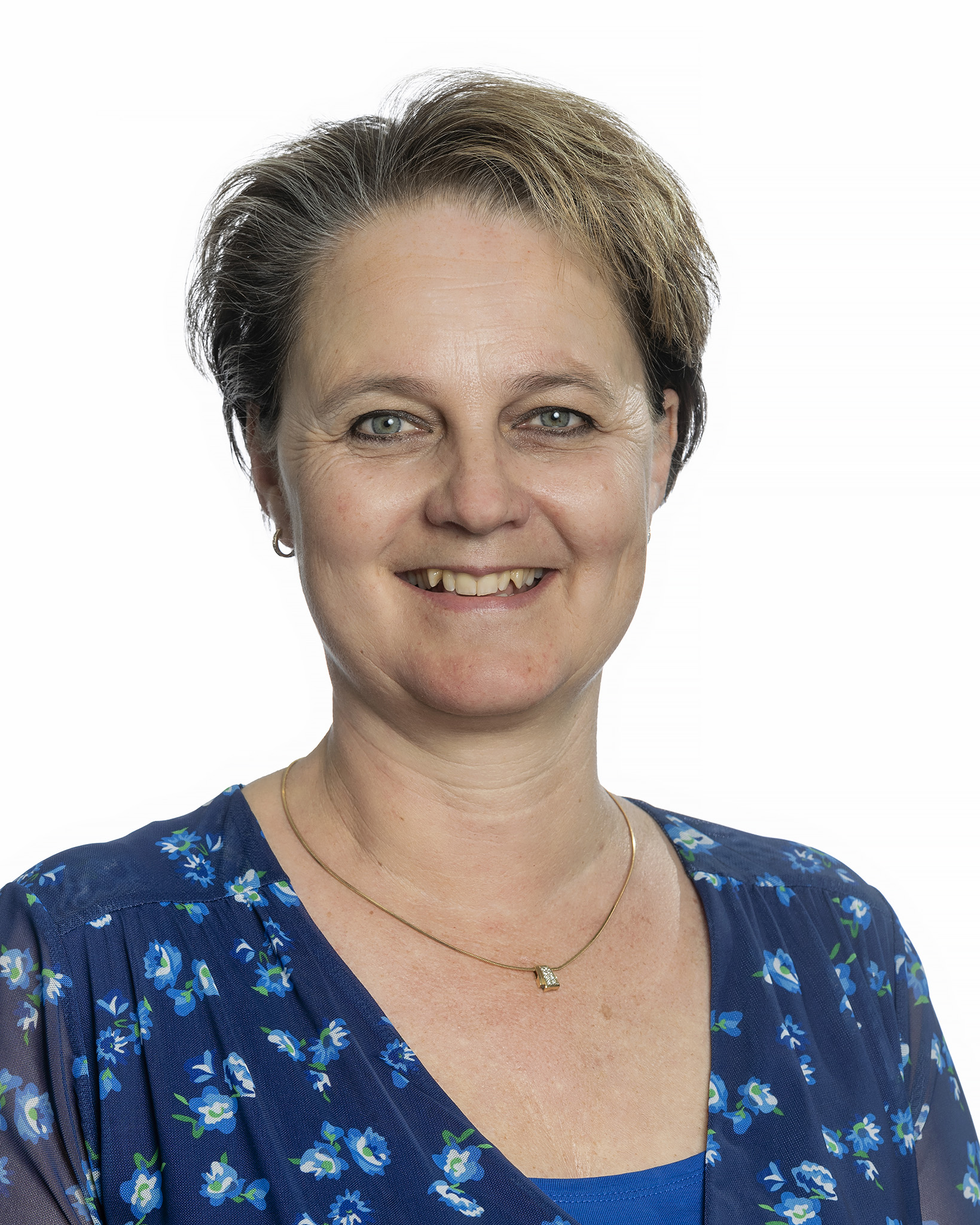 Marije obtained her Bachelors of Life Science at the University of Applied Sciences Leiden. Previously, she worked at the OIE Reference Laboratory for Leptospirosis (also known as Expertise Centre for Leptospirosis) as a technician. In 2022, Marije joined Toxys where she has been performing ToxTracker and other mechanistic toxicity assays for our sponsors.

Kim obtained her Bachelors and Masters degree in Biopharmaceutical Sciences at Leiden University. During her internship she worked on the development of TCR T-cells for adoptive T-cell therapy in nasopharyngeal carcinoma at the Erasmus Medical Center. Kim joined Toxys in 2022 as a technician, where she performs the ToxProfiler assay.

Marianne Brummelkamp joined Toxys in 2019 as Office Manager. Marianne is a professional Office Manager, with over 30 years of experience in working in an (international) environment. After finishing her education at Schoevers, she has worked at companies in various branches, among which construction; real estate; floriculture; petro-chemical industry and management training. At Toxys, she is the overall Ms fix-it and troubleshooter.

Yolanda has been working for Toxys since 2022 as a Director of Business Development & Sales.
After obtaining her Bachelor of Science in Nutrition and Dietetics in Amsterdam, she has been active at various companies within the Pharmaceutical Industry and (medical) Nutrition Industry as an Account manager & Business Developer. 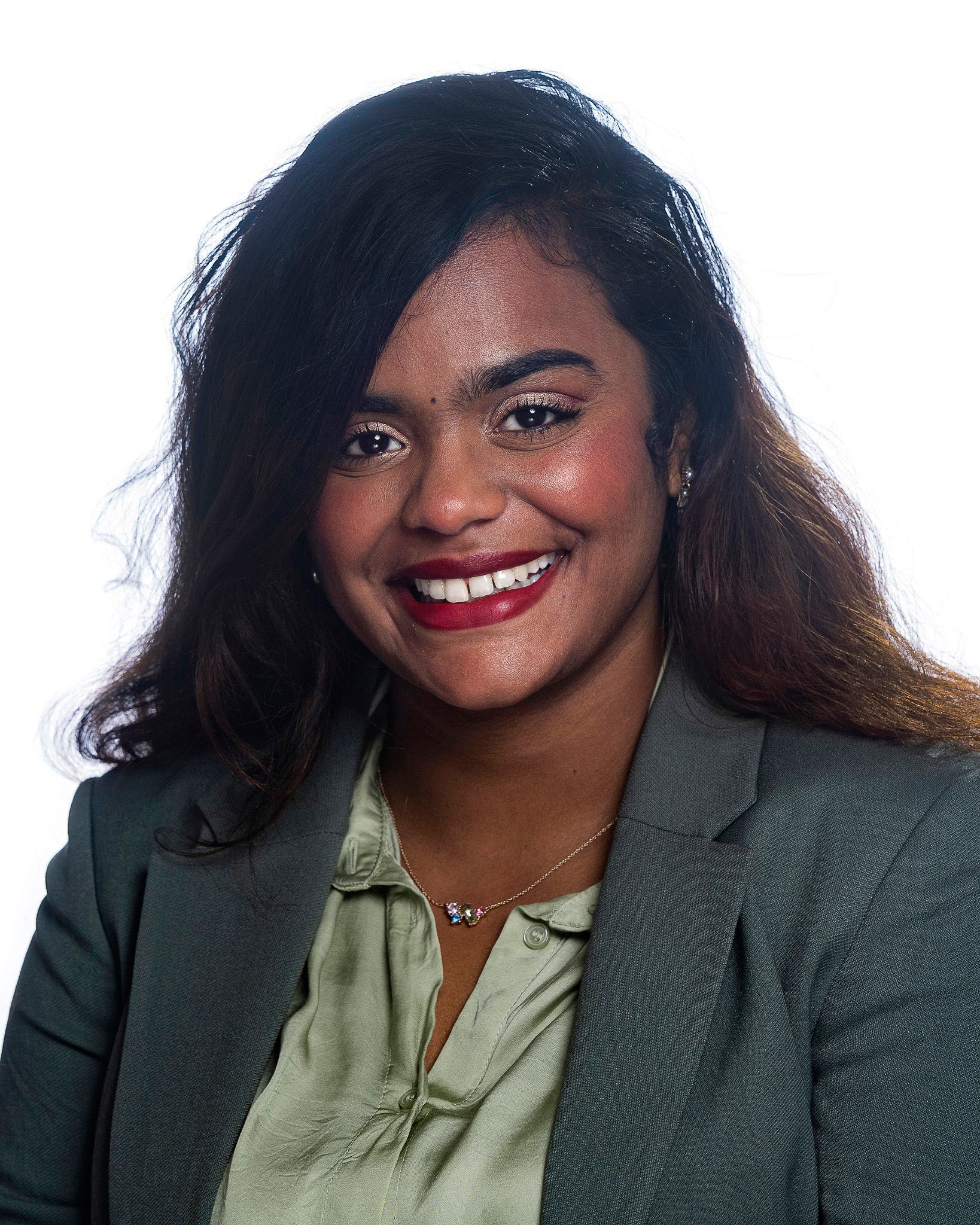 Pereni obtained her Bachelors in Life Sciences with a minor in Communication and New Media at the National University of Singapore. She found her passion for marketing in the biomedical industry throughout her internships and her Masters in Biomedical Science Management at Leiden University. She uses her creativity and scientific knowledge to help highlight the products and expertise of Toxys. 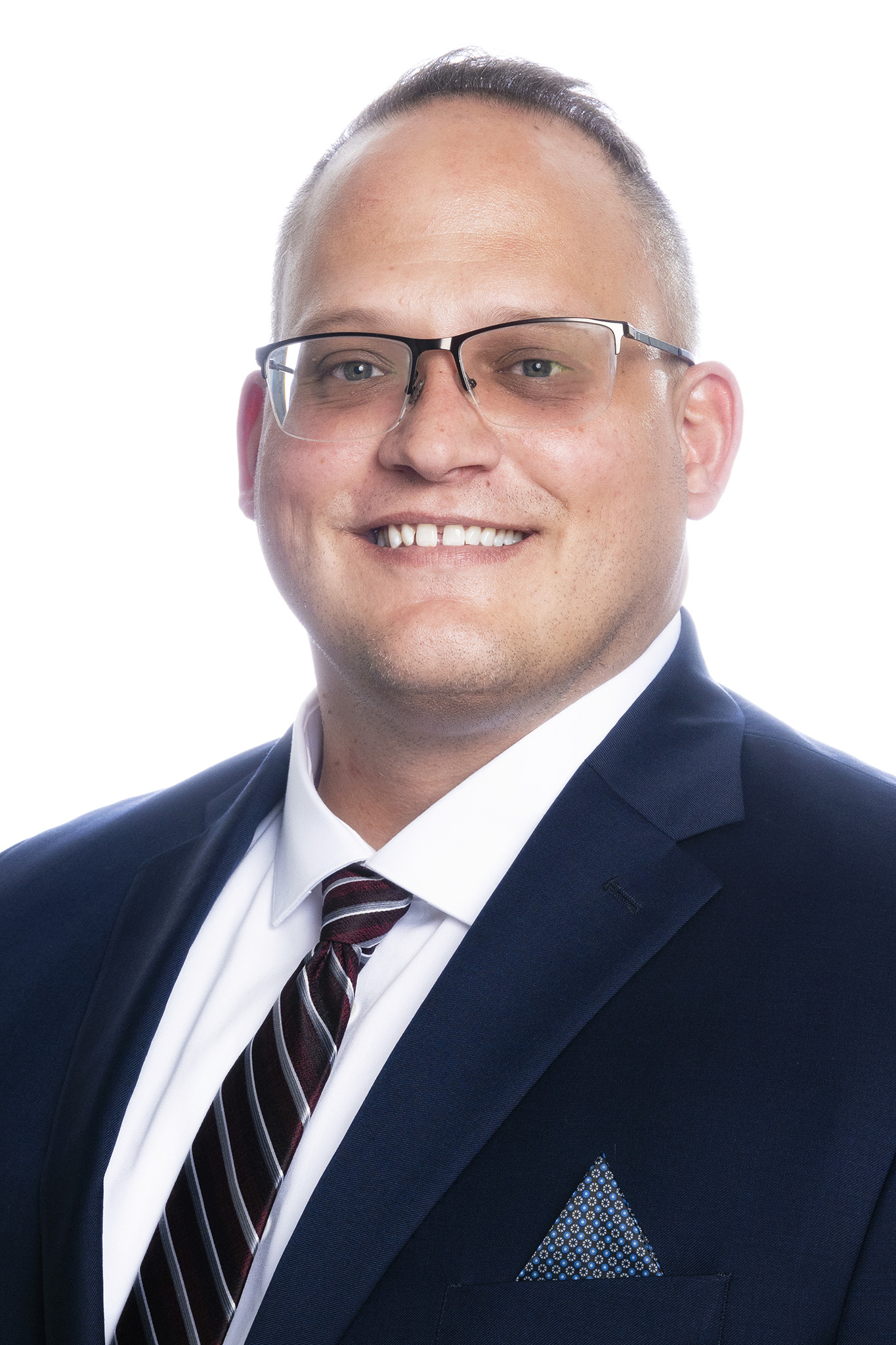 Dan Roberts has a MS from John’s Hopkins University and nearly 20 years experience in applied genotoxicity testing. He joined Toxys in 2022 and is stationed in the USA to help enhance customer support and business development in North America. Prior to joining the team, he has worked across various industrial sectors including contract research organizations, biotech companies, and the pharmaceutical sector. Dan remains actively engaged in scientific organizations (GTA, EMGS) and participates in expert working groups within the field of genetic toxicology (IWGT, GTTC).

Our sales consultants provide us with their expertise and business development support. 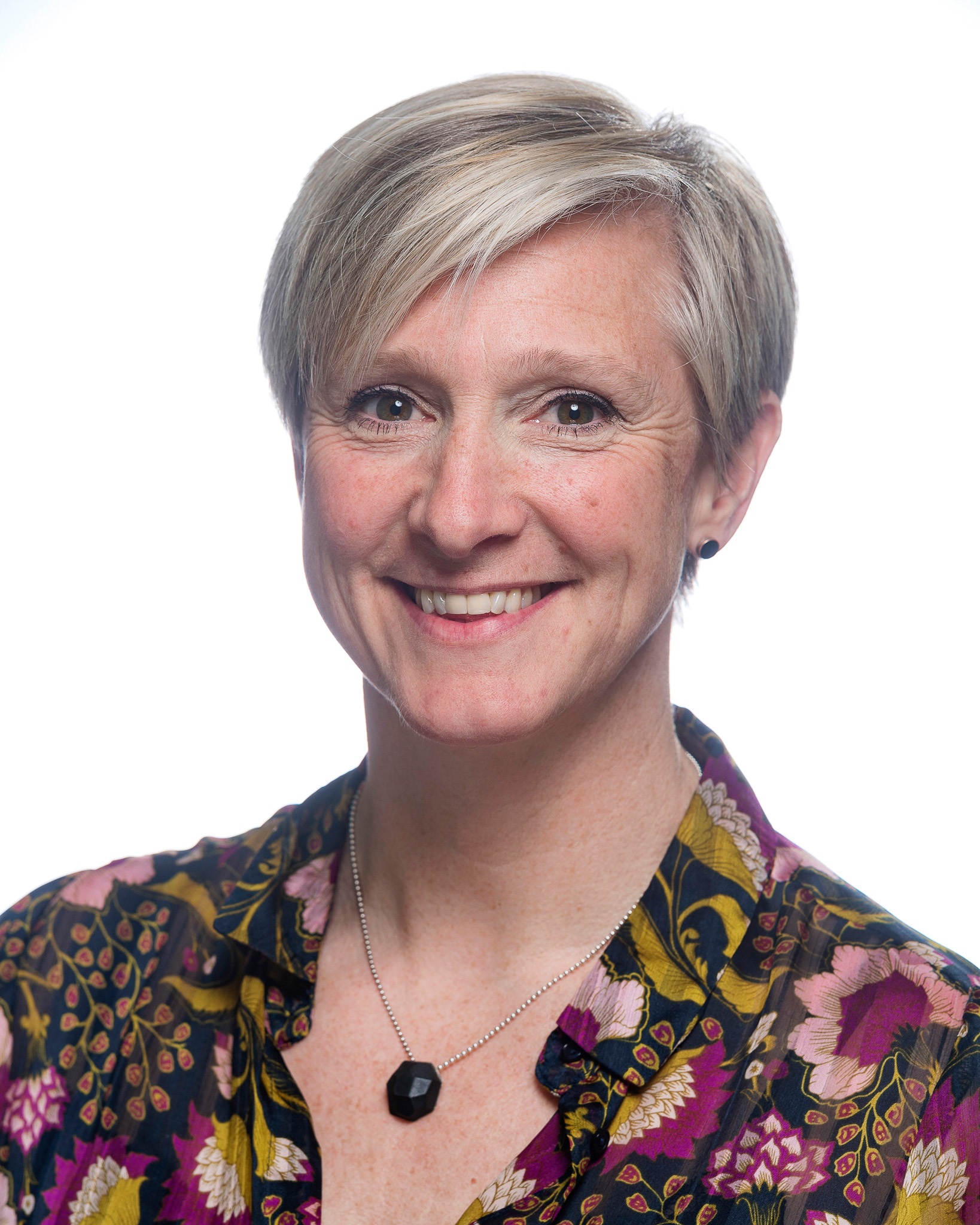 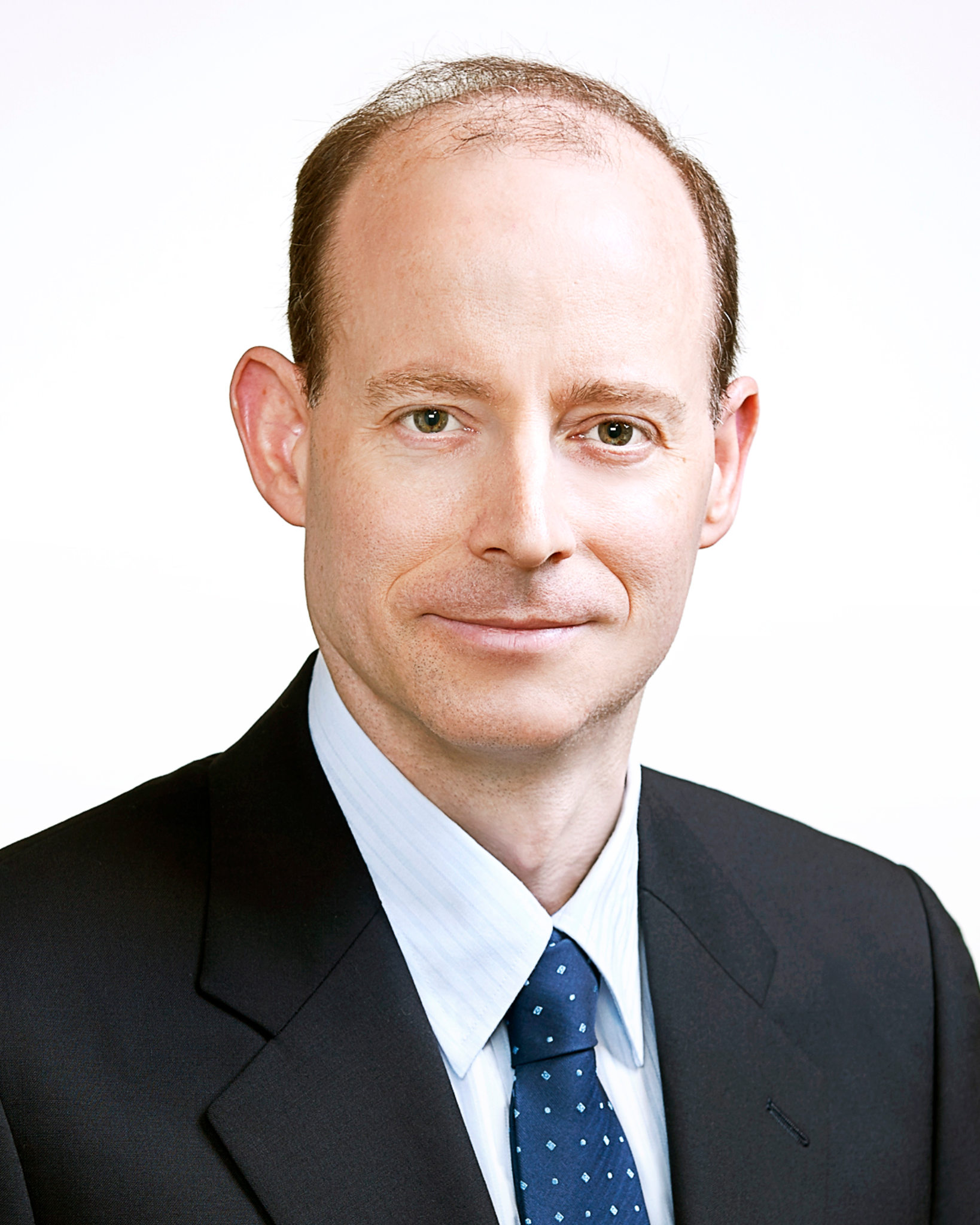 Hanna works for Toxys since 2020 as Independent Consultant in Business Development and Sales. She has vast experienced in sales, marketing and business development demonstrated in a history of working in the life science and start-up industry on national and international arena. Previously Hanna worked at the Swedish life science company SenzaGen where she was building up marketing, communication and sales from start-up through an IPO.

Hanna has done her Master studies at Lund University in Physical Geography and minor in General Business Studies, she did her Sales education in Dublin and followed up with Strategic Marketing education at IHM Business School in Sweden.

Based in Japan, Ruairí is our primary point of contact for Toxys’s Japanese customers and interested parties. With over 25 years’ experience in the pharma / life sciences field, Ruairí provides a strong connection to the Japanese market, allowing Toxys to expand its reach in Asia. Ruairí received his M.Sc. from the Institute of Medical Science of the University of Tokyo and his B.Sc. from the Moyne Institute of Preventative Medicine at Trinity College, Ireland. Ruairi has previously worked at Chugai Pharmaceutical Co. Ltd. in Tokyo and Amersham Biosciences Japan (now GE Healthcare). His academic and industry research experience has been in the infectious disease and oncology areas.